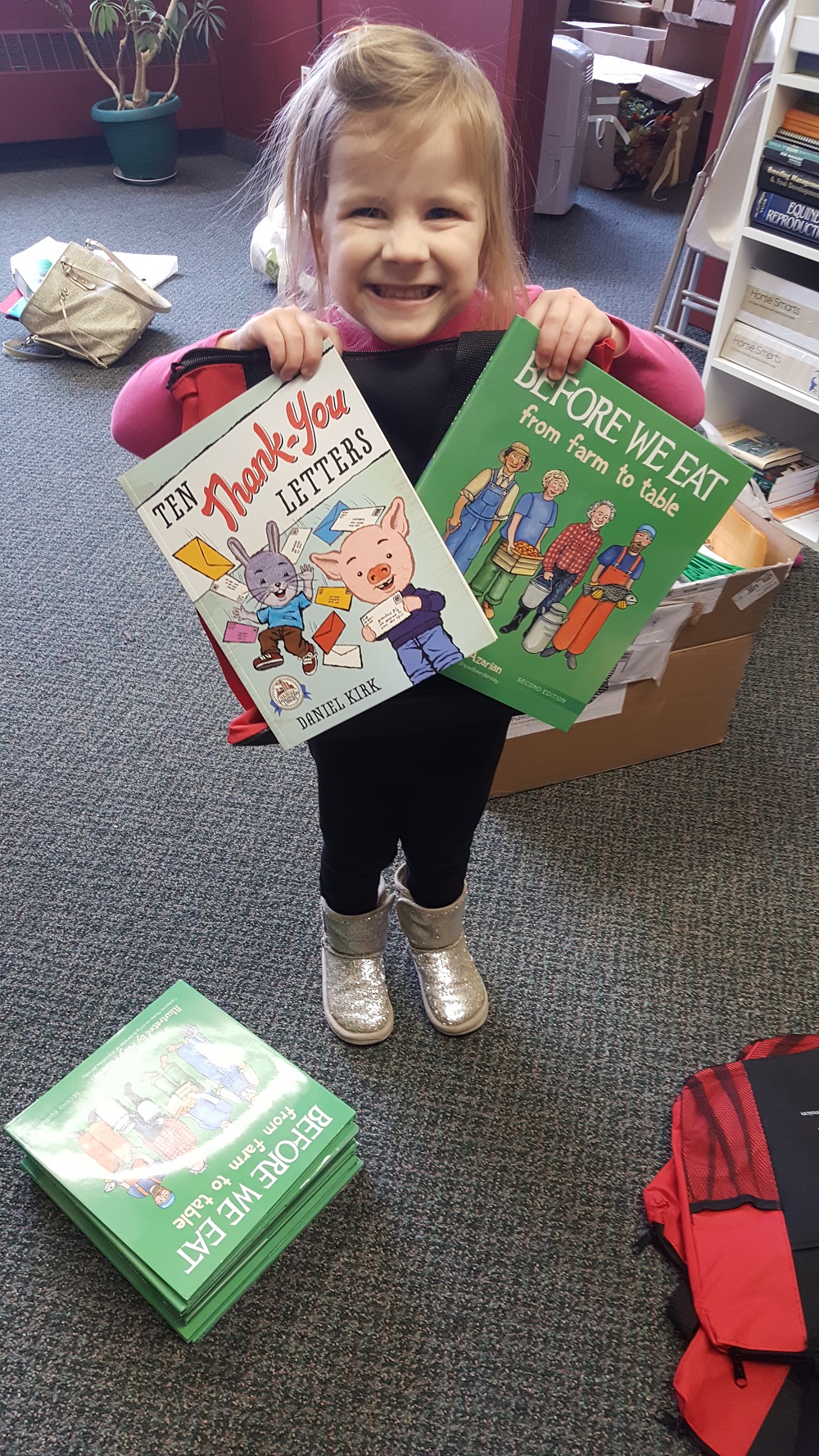 Students in Madison County are a little more aware of agriculture and its importance thanks to a program by Cody Farms in Fenner. “Growing Minds to Feed the Future” brought agriculture and literacy together for 10 county libraries and 10 county school districts. The program provided free, reusable bags filled with age-appropriate agriculture books and learning materials for children in pre-kindergarten through sixth grade. Each library and school district received two different sets of the bags, complete with materials aligned with common core standards.

The program’s goal was to inspire, educate and employ future agricultural workers. Most Americans are four generations removed from the family farm. Cody Farms has been in existence since 1868 and is now in its fifth generation as a 150-year-old dairy farm. But, only two percent of Americans are farmers today and the average age is 58. There are more than 300 agriculture career options that are required to feed the world.

“Even in our area that seems pretty ag savvy, a lot of children don’t know where their food comes from or about the possible farming careers. Downstate, they’re even further removed,” said Monica Cody. “Kids get excited to learn that chocolate comes from an agricultural product. What we’re trying to get at is how the whole food system works.”

The problem she set out to address was two-fold, “We don’t have agricultural books for children in the school and library systems and the content almost doesn’t exist.” Many Madison County public and school libraries have a finite supply of agriculturally-accurate, early childhood literature. Cody said she modeled the “Growing Minds to Feed the Future” project off the Grandma Sally book bags available at the Cazenovia Public Library and Cornell Cooperative Extensions Agriculture in the Classroom’s peer-reviewed lessons.

Cody Farms received a $2,500 grant for the initiative, in conjunction with Cornell Cooperative Extension, from the Literacy Coalition of Madison County. Coalition Coordinator Dyann Nashton reported that the coalition also fosters early childhood education by facilitating the Dolly Parton Imagination Library. The Imagination Library offers free age-appropriate books every month to all children from birth to age 5. The program is offered through county libraries and some school libraries.