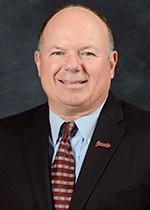 Defending Patriot League Champion Colgate is set to be featured on Stadium twice during the 2019 season.

The Raiders host fellow FCS Playoff quarterfinalist Maine on Sept. 21 before welcoming Lehigh to Hamilton on Oct. 5. Both games are being televised nationally via Stadium’s over-the-air channels during the 2019 season.

Each of the games also will be distributed live on Stadium’s digital outlets including Roku, Pluto TV, Twitch.TV, Samsung TV Plus, and XUMO. The package includes a free live stream of each national game shown on WatchStadium.com and on the Patriot League Network (PLN).

Colgate’s two appearances are part of the nine-game Patriot League schedule on Stadium.

Veteran Patriot League and national television play-by-play announcer Matt Martucci and Dave Owens, who played collegiately at the U.S. Naval Academy, will be back on the call for the Patriot League’s football games on Stadium. They will work with Emmy-award winning producer Bob Lanning, who was instrumental in the launch of the Big Ten Network and received recognition for his work on Winter and Summer Olympic coverage for ABC Sports, in addition to directing inaugural HD broadcasts of the NFL, The Masters and the U.S. Open Tennis Championship for CBS Sports.

One week from Saturday, No. 13 Colgate literally kicks off the 2019 college football season with its Week 0 home-opener against Villanova.

The noon Eastern start on CBS Sports Network is the very first football game of the collegiate season and the first of the celebratory 150th anniversary season of college football.

The defending Patriot League-champion Raiders are playing two games this year in August for the first time in program history – the 24th at home against Villanova and the 31st at Air Force. This also marks Colgate’s second Week 0 game in the last three years after the Raiders won 20-14 at No. 23 Cal Poly in 2017.

Reserved seats are $18 for adults and $13 for seniors and children.

Colgate home games in addition to next Saturday against Villanova are against Maine (Sept. 21), Lehigh (Oct. 5), Bucknell (Oct. 12) and Fordham (Nov. 9).