Unanticipated journey leads Williams to success on and off gridiron 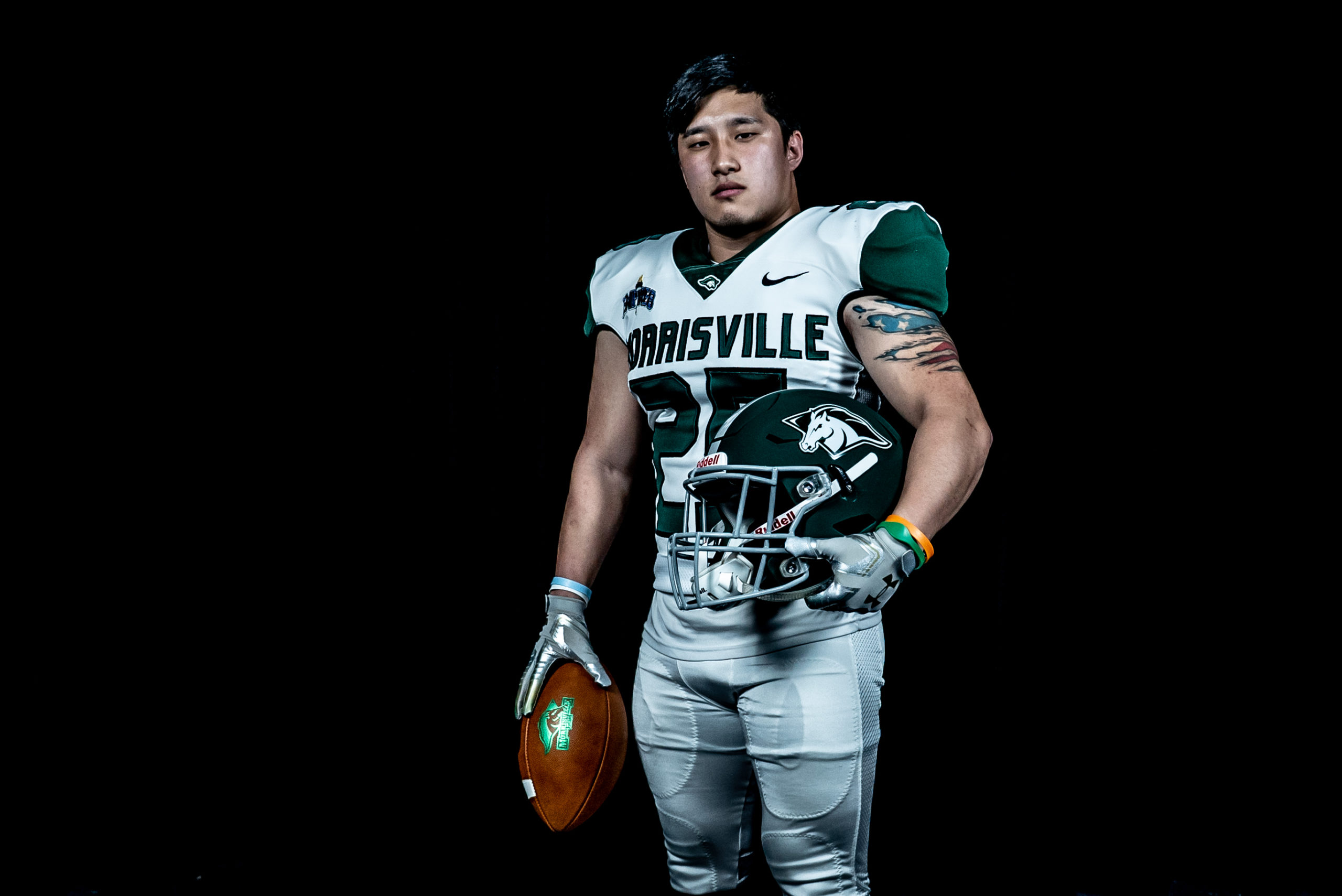 It has been an eventful career for SUNY Morrisville football player and Rome native Kinsey Williams, who led the team’s rushing attack all season, one that saw him taking the field consistently for the potent Mustangs offensive unit.

The senior is coming off a great individual season where he was named to the second team offense by the Empire 8 football league, who also was acknowledged with second team accolades for All-Purpose.

Williams played in all 11 games during the season and had a net 965 rushing yards, on 206 attempts. Williams ran for 16 touchdowns and averaged 4.7 yards per carry.

The senior running back finished third among the Empire 8 league leaders in rushing offense and had the second most rushing touchdowns with the 16. Williams averaged 87.73 yards per rushing per game, and was sixth in the league in all-purpose yards, adding another 440 in receiving on 39 total catches. He also notched a receiving touchdown which brought his total to 17 on the year which placed him second in scoring as well.

When asked about his performance in his final year, Williams was grateful for the opportunity to contribute to the team.

“I basically sat the bench for three years other than being a kicker for a season, but when I got to play, I was nothing but thankful,” Williams said in an interview. “I developed a passion for football probably my second year playing, the first year was tough learning the sport and trying to adjust from baseball to football. Every accomplishment, award, or milestone achieved I thanked God and those who meant the most to me.”

Williams had originally planned to play college baseball at Siena College before he decided to attend SUNY Morrisville to play football. Kinsey was set with a spot on the roster and a scholarship to compete for the Saints.

“My journey to Morrisville was crazy, I actually wasn’t planning on coming here at first, as I was excited to play baseball at Siena; however, some unfortunate injuries caused them to revoke my scholarship and roster spot,” Williams said.

“I decided to continue being an athlete and play for Western New England’s football team, but with a change in the coaching staff, they had no idea of my commitment. With time running out, I begged my high school coach to find me any team, and luckily coach was the best man at coach Fitz’s wedding so one thing led to another and I ended up here.”

Prior to this season, Williams rarely saw the field and was sometimes put in as a kicker where he wasn’t able to find much success.

“It’s really funny but I try not to bring up that I was a kicker”, Williams noted while laughing.

“Yeah, I missed a few PATs in the past. I was the only one who could kick at that time and chose to do it for the team and my brothers. It was hard when I lost us a game by missing a kick. But the experience of having my teammates and coaches support me during a tough year for me was amazing, and to be honest I would do it all again, although probably not.”

Head coach Curt Fitzpatrick has expressed high praise for his running back and was impressed by the season that Williams had.

“Kinsey is a great guy and has been a terrific student-athlete during his tenure here”, Fitzpatrick said.

Williams, a Dean’s List student, attributes a lot of his success both on the field and off to his adoptive parents.

“My parents are everything to me and made me who I am today. They gave me a second chance in life and everything I’ve done in terms of athletics and academics have been for them.”

After graduation, Williams plans on looking for a job in Rome Labs as a contractor. Williams has enjoyed his time here at the college while pursuing his degree and was glad to be educated at SUNY Morrisville.

“I love how diverse the school is. I went to a mostly white catholic private school, so everyone looked and sounded the same, which was really boring. So, coming to Morrisville and seeing and learning different cultures has been great.”

Williams will be receiving his degree in business administration and is set to graduate in the spring of 2020.