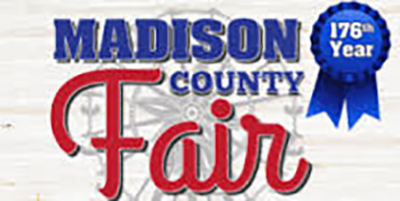 The state Department of Agriculture and Markets announced $5 million is being awarded to county and youth fairs across the state as part of round 4 of the Agricultural Fairgrounds Infrastructure Improvement Program. The program, funded through the New York state budget, provides eligible local fairs with nearly $100,000 to help with agriculture-related improvements and renovation projects. A total of $20 million has been dedicated to revitalizing county fairs since 2016.

“Our county and local fairs provide a great community gathering space and an opportunity for fairgoers to directly connect with our farmers and producers to learn about agriculture,” said State Agriculture Commissioner Richard A. Ball. “This infusion of funding for our local fairs is leading to the completion of many important fairground improvement projects across the state, which is helping our fairs to remain vibrant, better showcase the agricultural industry and provide a better overall experience for fairgoers.”

In 2016, the Madison County Fair purchased new milking equipment for the cattle barn and made critical repairs to the facility, such as putting in walls, setting new posts and footings and stabilizing the roof.

The fair also purchased a tractor/loader to use in the cattle and horse barns during the fair and repaired several horse stalls that had been damaged over the years.

“I was encouraged to hear of this funding being made available for our county fairs,” said Assemblyman John Salka (R – Brookfield, NYS AD 121). “As the former supervisor of a town that hosted our county fair, I witnessed how much impact the fair had not only on our local economy, but on the county as a whole.

“I applaud Ag and Markets for its continued support of one of the most valuable assets we have; it allows the citizens of our community’s great exposure to our agricultural industries, something of great importance to upstate New York.”

To receive the awards, eligible fairs must submit the scope of work and estimated budget for proposed projects to the state Department of Agriculture and Markets. Once projects are approved by the department, a contract will be developed and completed through the New York State Grants Gateway.

A list of eligible local fairs across New York state can be found here.

“It’s so important that we work together to promote small family farms and local food producers in our state, and these grants from the Agricultural Fairgrounds Infrastructure Improvement Program are a wonderful way to showcase the fruit of their labor,” Senate Agriculture Committee Chair Senator Jen Metzger said. “I’m eager to see how the funding and renovations will infuse New York’s county and local fairs with the agricultural support that will allow them to thrive.”

“County fairs are an important part of the fabric of communities across the state,” Assembly Agriculture Committee Chair Assemblywoman Donna Lupardo said. “They’re enjoyed by thousands each summer, helping to showcase New York’s best in agriculture and livestock. This funding will help improve the overall experience of local fairs by supporting needed improvements on their grounds.”

The funding can be used to build, repair, replace, acquire or install fairground buildings, facilities or equipment that are used to house or promote agriculture. Last year, project eligibility was expanded to include the repair or replacement of water systems, restrooms, and storm water management systems on the fairgrounds.

Nearly 40 local fair improvement projects awarded in the first three rounds of the program have been completed or are getting underway.

More than 50 county and youth fairs operate in New York State from July through early October, with the Long Island Fair closing out the season. Local fairs offer a unique opportunity to learn about local agriculture, including where our food comes from, and how it is grown, harvested and marketed to the public.

In addition, the New York State Department of Agriculture and Markets operates the oldest and one of the largest state fairs in the country, The Great New York State Fair in Syracuse. The Fair takes place from Aug. 26 through Sept. 7, 2020.