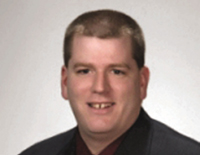 Degear served as DeRuyter town supervisor for 12 years and as vice chairman of the Madison County Board of Supervisors for eight years; county officials say during that time he was instrumental in the inception of the department.

“After the flooding that occurred in 2013 and the deadly tornado that hit Smithfield in July 2014, it was evident that Madison County needed to be better prepared to respond to emergencies,” Degear said. “I am grateful for all of the work that Ted and his team have done to bolster our county’s emergency preparedness, response and recovery capabilities. I am honored to be chosen to continue leading this effort into the future and to serve the people of Madison County.”

Halpin was hired in April 2015 to lead the newly formed department. County officials say he built the department from the ground up, hiring experts in emergency management training, emergency medical services, firefighting and fire coordination to support local municipalities and agencies. The department assists with response and focuses on mitigation, training and citizen preparedness. Through Halpin’s leadership, the department became one of six state-accredited programs.

Halpin was passionate about providing free smoke detectors for residents of Madison County; he secured grant funds to pay for them and later for carbon monoxide detectors.

Degear began work Jan. 10 after resigning as supervisor Jan. 9; he was unanimously chosen as OEM by the Board of Supervisors to become director.