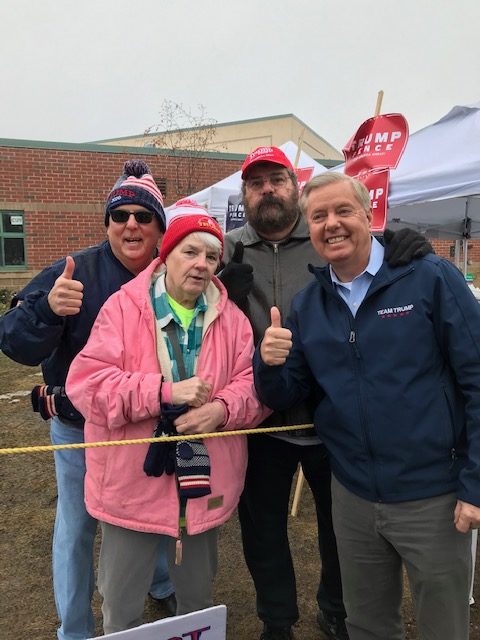 They also assisted with preparing for and attending the full-capacity rally in Southern New Hampshire University Arena in Manchester, N.H. the night before the primary.

In 2016, President Donald Trump lost a very tight race, and It could be the state that counts the most in 2020. Just 2,736 votes kept Trump from capturing New Hampshire in the 2016 general election; many Central New Yorkers went to help, as well.

The Trump ticket had 16 challengers on the New Hampshire Republican primary ballot, including former Illinois Rep. Joe Walsh and former Massachusetts Gov. Bill Weld, who was the Libertarian Party vice presidential candidate in 2016.