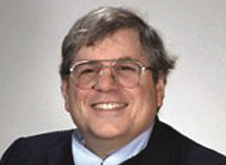 Goldstein, first elected in 2001, reminds Lebanon voters that absentee ballots for town and county elective office have being mailed out  and he encourages all town residents to participate in the Democratic process and vote by mail or in person on Nov. 2 at their polling place in the township.

Goldstein originally ran on a platform of open government and transparency, improving town reserves for future projects, challenging conflicts of interest and establishing a code of conduct for town officials. He also committed to ensuring that town residents decided how many Justices the town would have by referendum not town board fiat (which was decided by voter referendum) , what the terms of office for town officials would be (he successfully campaigned against a referendum that attempted to extend the term of the Town Clerk from 2 to 4 years that voters voted down as well), and that residents were informed and consulted regularly on town and county issues.  He oversaw the town’s response to the attempts by the natural gas industry to exploit local residents and initiated a local road use law that ensured town taxpayers and property owners would be protected from the costs associated with natural gas impacts to roads and infrastructure.

Goldstein said he has achieved those goals at the local level and looks forward to another term to ensure that the township and the county emerge from the Covid 19 pandemic successfully and with improved health, safety, rural broadband and economic development outcomes.

Goldstein said that he considers the more notable achievements in his 18 years of service as a county supervisor  were ensuring at the county level that Madison County and New York State went with paper ballot and optical scanners for voting machines in the HAVA transition rather than the questionable touch screen devices. Goldstein, a Democrat,  worked with fellow Supervisor Michel J. DeBottis, a City of Oneida Republican, and a coalition of residents from around the county including the greater Hamilton area, to become the strongest advocates for paper ballot optical scanners. This group of volunteers worked tirelessly to educate the public on the importance of having a permanent paper ballot record to ensure election integrity while he and DeBottis proposed having the most reliable voting system at the county level.

After initially being resisted by the Board of Supervisors, the incorporation of this paper ballot optical scanner voting system passed unanimously and was also adopted by the State of NY and all NYS counties.  It was a coalition of rural Madison County residents who advocated against the touch screen electronic voting systems statewide.

Goldstein also said he was also proud of his role in contributing to town, county and regional efforts to restrict and regulate the development of natural gas through high volume hydraulic fracturing, exposing and reporting the actions of the natural gas industry to NYS and federal officials when local residents were misled, lied to, exploited or experienced violation of their property rights.

Goldstein testified in Albany to the state Assembly Environmental Conservation Committee on behalf of the Association of Towns at the first state hearing on proposed regulations related to high volume hydraulic fracturing development of natural gas in New York State that was eventually prohibited.

He also said his efforts at creating a model open government where town residents were surveyed, kept regularly informed of town and county pending actions and encouraged to attend meetings were well received.

Goldstein said he ensured the natural gas industry developer repaired all town roads to the Town Highway Superintendent’s specifications at no expense to local taxpayers by utilizing local government authority of town roads when natural gas development was very active in the township from 2007-2011  which involved over $500,000 in road repairs.

The companies involved eventually went bankrupt to the tune of $100 million in debt  and the remaining producing properties were acquired by Minard Oil of Texas.

In the last few years, the Town has:

–maintained critical town services during the onset of the Covid 19 pandemic.

Goldstein says that his priorities for the coming term are:

Goldstein says it has been an honor and privilege to serve the town’s residents since 2002 and he looks forward to continuing to do so in the coming two years.

“I encourage all residents to vote and participate in our sacred democratic process,” Goldstein said.