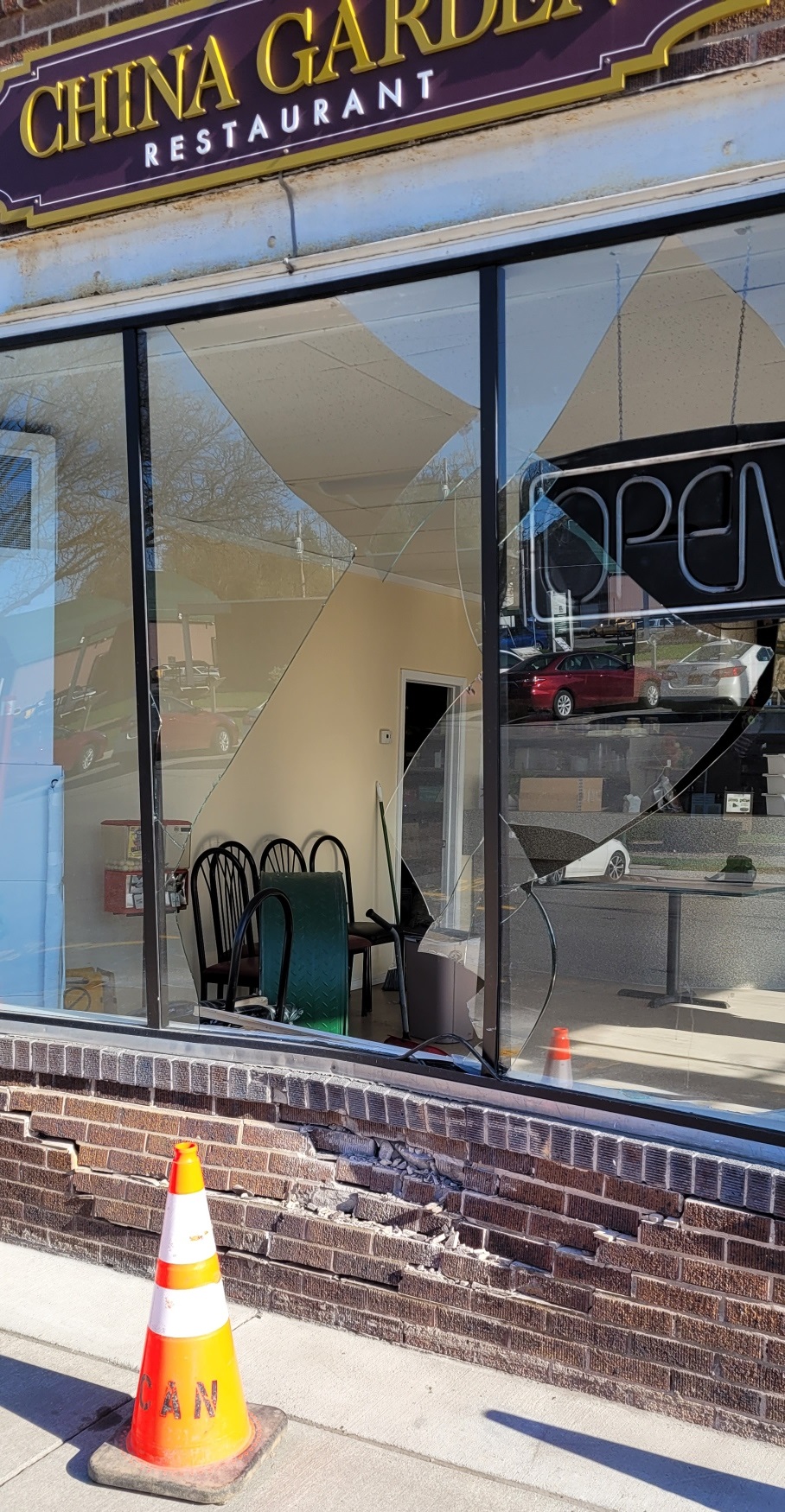 The Canastota Police Department is seeking the public’s help with identifying and locating the driver of a vehicle which was involved in a hit-and-run incident last week.

On April 28, 2022, at approximately 12:16 a.m., surveillance video from a local business recorded a black pickup truck colliding with the exterior of the China Garden restaurant at 101 N. Peterboro St.

The video shows the truck making a left turn from North Peterboro Street onto Canal Street. The truck then continued off camera, where it jumped the curb and impacted with the exterior of the building before backing away from the building and continuing down Canal Street without calling 911 or otherwise reporting the incident.

Damage to the restaurant includes broken glass, a caved-in window frame and a smashed brick exterior. Police do not believe anyone was injured, and there were no witnesses. The damage was not discovered until a passerby called police later that morning.

Anyone with information about this incident is asked to call Canastota Village Police at 315.697.8888. Calls will be kept confidential.