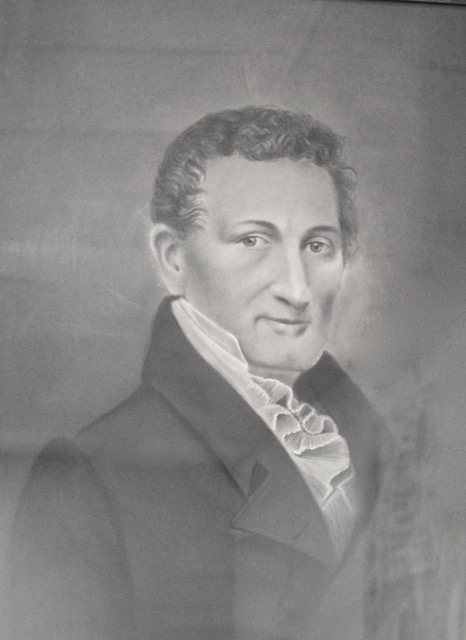 The United States from its earliest times has been a country on the move. The settlement of the frontier continually demanded new ways to move people and goods from one place to another. First came the roads. The state of New York encouraged the development of turnpikes that were privately owned and operated, maintained through tolls.

The state also developed its own highways.

Augmenting this was a system of interconnected navigable rivers and streams, out of which eventually evolved the highly successful Erie Canal; this did away with the heavy freight wagons and cut shipping costs to a fraction of what they had been on the roads. No sooner had the canal opened than thoughts turned toward building railroads. Successfully introduced in England in the 17th century, the idea spread quickly to America. Soon every community was scrambling for a railroad. They could be built to communities not reached by canals or act as feeders.

What acted as an impetus was the success of the Granite Railway, which began operations in 1826. Horses drew large wagons hauling stone from a quarry near Quincy, Mass., to a dock on the Neponset River. From there, boats transported the stone to Charlestown for construction of the Bunker Hill Monument. The wooden rails were plated with iron, a practice commonly used in the 1830s.

Railroad “fever” spread like wildfire. The New York State Legislature granted charters to 11 railroad companies between 1826 and 1829. One of these was the Madison County Railroad. The Mohawk & Hudson, incorporated April 17, 1826, was the only one built; it opened in 1831.

With the opening of the Erie Canal and the branch to Chittenango in 1828, Chittenango became the leading business center of this area. All the produce shipped from Cazenovia, DeRuyter and other points south was hauled by wagons to Chittenango. There it was transferred to boats. For travelers, a stagecoach operated twice a week between Chittenango and Cortland, passing through Cazenovia and DeRuyter.

The village of Chittenango itself sprung up as a result of the opening of the Erie Canal, and drydocks for repair and construction of canal boats was established there in the 1820s.

The Madison County Railroad Company was incorporated by an act passed by the state legislature April 17, 1829. The franchise gave the company the right to construct a single- or double-track railroad from Chittenango to Cazenovia, and then on to the Susquehanna river, presumably at or near Chenango Point, or today’s Binghamton. No surveys have been found. The capital stock was to be $70,000 with the option to increase it to $200,000, divided into shares of $50 each. It was to be built within 10 years, after which the charter would be null and void.

Following turnpike practice, the railroad was to be made available to every vehicle for a charge of not more than three cents a mile per ton or per passenger. The railroad had the option of using “steam, water, animals or any mechanical or other power or any combination of them.”

The original incorporators who were also leading figures in the community were Perry G. Childs and Jonathan D. Ledyard of Cazenovia and Robert Riddle, John Knowles and George K. Fuller of Chittenango.

Although his name doesn’t officially appear as one of the original incorporators, John B. Yates is said to have been the primary instigator of the railroad.

Yates was one of the leading entrepreneurs of this part of the state in his day. He was instrumental in the development of the village. He operated a grist and saw mill, a woolen mill and stores and was one of the founders of the Dutch Reformed Church in 1828 – the first church in the village. He also founded and fostered the Yates Polytechnic College. He was a believer in water transportation and invested $137,000 in construction of the Welland Canal. But he could also see the bright future for railroads.

Public meetings were held in various communities including Chittenango, Cazenovia and DeRuyter, but the promoters spoke in generalities. One thought was to build the line through Peterboro. Topography didn’t seem to have been a factor. Even building a railroad from Chittenango to Cazenovia at that time would have been insurmountable, overcoming 771 feet in elevation in a distance of nine miles.

Construction work was commenced during summer 1831, but to what extent is unknown. The Chittenango Herald reported July 5, 1832: “The grading of this road was commenced yesterday.” Several accounts state Yates was willing to finance construction of the first mile himself. On the side hill east of the village is some evidence of grading.

Some historians have claimed the railroad was never built due to the untimely death of John B. Yates July 10, 1836. But it appears the proposal had been given up several years prior to this, probably due to the failure to raise sufficient financial support.

But this isn’t quite the end of the story.

The Madison Observer of Morrisville of December 25, 1867, noted that the project had been revived.

In 1870, work commenced on construction of the Cazenovia and Canastota Railroad. Some thought it had been given to building a branch to Chittenango, but it never materialized. The C&C later morphed into the Lehigh Valley’s Canastota branch.

In 1871, the subject of building a railroad from Chittenango station on the New York Central to the White Sulphur Springs Hotel arose. Nothing came of it. Then in the 1880s, there was a surge in surface (trolley) railroad construction and speculation.

In 1883, Walter J. Roberts, a speculator from New Jersey, secured permission to build a trolley line from Chittenango to the White Sulphur Springs Hotel, a distance of 5 7/8 miles. The proposal languished for years until the Chittenango and White Sulphur Springs Railroad Company was incorporated Sept. 21, 1895. Directors were Charles F. Pennock, George Walrath, George C. Clark, Walter H. Stewart and William H. Young. It had a capital stock of $150,000.