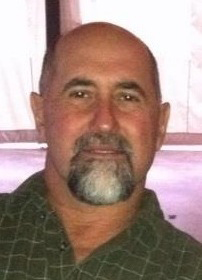 Paul spent his early years in Sherrill, and has lived in Canastota most of his life.  He was a 1975 graduate of Canastota High School.

Following graduation, Paul enlisted in the US Navy, serving aboard the USS Portland from 1975-1978.

Paul has been a welder for many years, working for the former Way Equipment in Syracuse, and has operated his own business “KCI Services” in Canastota for the last ten years.

He enjoyed hunting, riding his motorcycle, his dogs, Max, Indy, and Jake, and spending time with his family, especially at summer cookouts.

Surviving besides his wife, Rea, are: a son, Dustin P. Konowich of Canastota; two daughters and a son-in-law, Kirsten M. Konowich and David DeGroff of Killeen, TX, and Meghan L. Konowich of Jordan; a brother and sister-in-law, J. Peter and Georgine Konowich of Vernon Center; four sisters and three brothers-in-law, Lynn Owen of Everest, WA, Susan and Peter Heffner of Vernon Center, Sharon and Hal Stevens of Earlville, and Laurie and Gary Snyder of Globe, AZ; as well as aunts, uncles, nieces, nephews, and cousins.  Paul was predeceased by his parents, and an infant brother, John Konowich, Jr.

Funeral services will be held 10 a.m. Thursday, October 23, 2014, at the J. Homer Ball Funeral Home, Inc., Canastota.  The Rev. Thomas G. Burgess, Pastor of Hope Christian Fellowship, Canastota will officiate.  Calling hours will be held on Wednesday, from 3 to 7 p.m. at the funeral home, 201 James Street, Canastota.  In his memory, contributions may be made to Wanderers’ Rest Humane Association, Inc., PO Box 535, Canastota, NY  13032, with envelopes available at the funeral home.