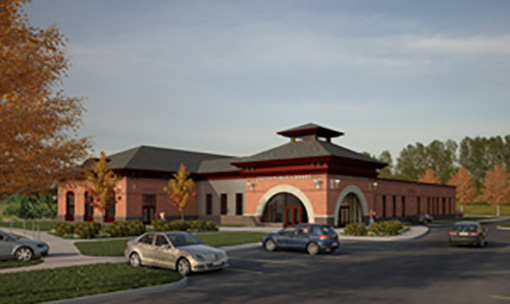 (Oneida, NY – Oct. 30, 2015) Recent articles in the local press about Oneida Public Library’s seeking bids for Phase I Site Preparation for its new library facility at 456 Elizabeth St. and Main Street inadvertently included a report that the possible expiration of a Central New York Community Foundation grant was a key reason for starting this initial construction stage at this time.

In fact, the OPL Board of Trustees decided to begin site preparation before the year is out because an award of $76,293 from the 2012/2013 New York State Public Library Construction Grant Program would have been revoked, since it had to be expended within three years of the award or by December 31, 2015. The grant is specifically targeted for construction site preparation.

The grant of $100,000 for construction awarded by the Central New York Community Foundation is not contingent on a construction timeline. The grant will simply be used to help fund Phase I Site Preparation.

The total construction cost of OPL’s New Library Project is estimated to be $6.117 million, a figure not to be exceeded as mandated by the voters of the OPL Special Library District in a referendum last March 3. As of this date, about $2.4 million of that total project cost will come from capital campaign donations and pledges as well as private foundation and government grants These funds are being used in part to fund site preparation. After all private donations and grants have been expended, the remainder of the project’s costs will be funded by a U.S.D.A. Rural Development loan under the Community Facilities Program.