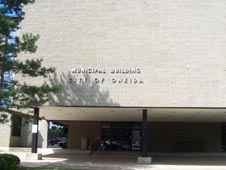 *Approval of Warrant No. 6

2. ORDINANCE AMENDMENT: Receive and place on file a proposed Ordinance Amendment to Zoning – Section 190-15 Sign Requirements of the City of Oneida Code and refer to the Planning Commission. (Matzke)

4. CAPITAL PROJECT: Amend the 2016 Capital Plan to include a Capital Project 16-02 for the FEMA Hazard Mitigation Grant – Housing Buyout Program HMPG4031-0035 to be financed with Federal Funding in the amount of $21,193,909, and further authorize the use of $1M from Fund Balance as upfront costs (fully reimbursable), as needed, and further authorize the Mayor to execute any contracts with respect to said project. (Mayor/Pease)