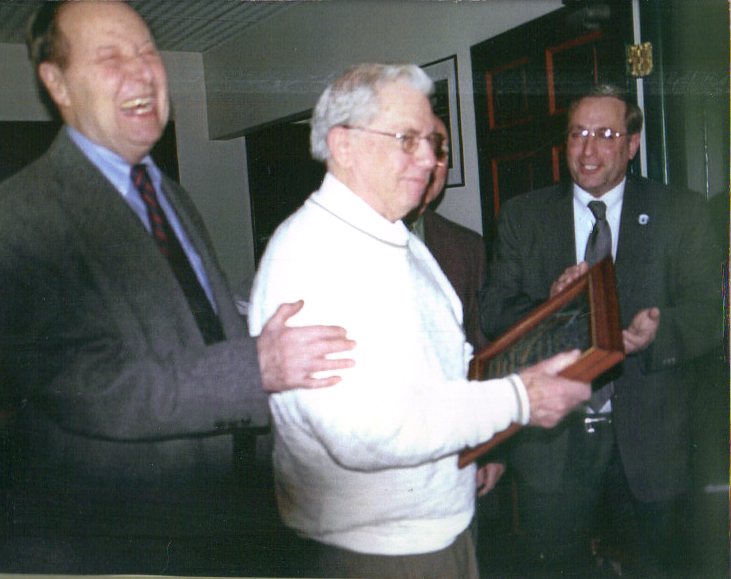 I met them both nearly 15 years ago after getting pressed into service covering the town. Both were charming, gracious and accommodating, helping me learn the ins and outs of a complicated and contentious issue facing the town at the time.

The experience led to my becoming addicted to local government and politics.

These men exemplified why what happens in local government is, generally, more important than our national elections: the more local the government, the more apt each of us is to be affected by its actions and decisions.

Bill and Sonny also exemplified the notion of service above self – donating countless hours of volunteer service to numerous community efforts, sacrificing their personal time and lives for the betterment of the society in which they lived. These men cared about their Sullivan home and its residents, sometimes expressing frustration in circumstances beyond their control that prevented them from doing more for their neighbors.

Though it was my job to be a pain in their backsides on occasion, these were good, old-fashioned, dyed-in-the-wool gentlemen, and their loss leaves an enormous void in the loss of the collective wisdom they possessed and in our community.

I loved them both, and it is a personal loss for me, bias be damned.

William S. “Bill” Cole, 85, of Chittenango, passed away Feb. 29 at Crouse Hospital after a brief illness.

Born in Geneva, Bill was a resident of Chittenango since 1958. Bill was a graduate of Alfred University. Prior to retirement, he was employed as the branch and sales manager at the L.B. Smith Co. in Syracuse; he had previously served as an Onondaga County deputy sheriff.

Bill was a veteran of the U.S. Coast Guard and served the community as a member of the Sullivan Town Council, serving as deputy supervisor for much of his time on the board; he retired from the town board in December.

Bill also previously served on the zoning and planning boards, as fire commissioner for Madison County, was a member of the Chittenango Rotary Club and the Chittenango Landing Canal Boat Museum. He spent his leisure time restoring sports cars.

Bill was predeceased by his wife of 61 years, Beryl Cole, last year. He is survived by his daughter Beryl Digney of Fayetteville. Beryl would like to thank the outstanding staff at Crouse Hospital for their kindness and for the care Bill received.

Contributions in his memory may be made to the Chittenango Landing Canal Boat Museum, 717 Lakeport Road, Chittenango, N.Y. 13037. Sign the guest book at Legacy.com by visiting

Born in Utica, he was a life resident of the Chittenango area. Sonny was employed at the Sullivan Town Highway Department for 57 years, serving the past 43 years as superintendent.

Sonny enjoyed his 30-year hobby of caring for stray cats and his collection of antique tractors; he was a member of the Town of Sullivan Republican Committee and a past member of the Chittenango Rotary Club.

Services were held March 18 at the Crossroads Community Church in North Chittenango. He was interred at the Fyler Settlement Cemetery.

Contributions in his memory may be made to the Chittenango Animal Hospital, 1319 W. Genesee St., Chittenango, N.Y. 13037. Sign the guest book at Legacy.com by visiting