COCVAC and its Members Honored during Awards Ceremony 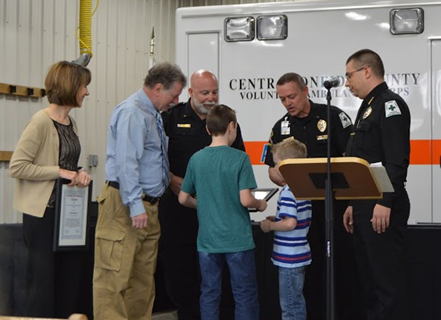 Central Oneida County Volunteer Ambulance Corps (COCVAC) and its members were recognized for their achievements throughout the past year during the annual Medal Day Awards Ceremony Wednesday, May 18.

During which the following individuals were presented with awards.

Rookie of the Year Award:

The annual Medal Day Award Ceremony is held as part of EMS Week, a celebration of emergency medical services throughout the nation.  In addition to marking EMS Week, COCVAC continued its celebration of its 45th anniversary.