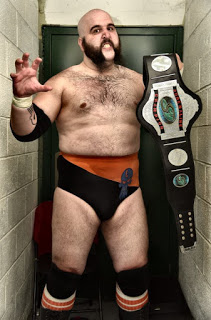 CNY Slam Jam is coproduced by Happy2Assist/Out & About Oneida operated by Carrie Earl and Michele Stewart whose mission is to bring empowerment and positive experiences to their community. Other success stories are Believe in Yourself Women’s Adventure and the inaugural Make’n Bacon Festival.

“This is a great event for families and wrestling fans alike, it aligns perfectly with our mission” said Michele Stewart. The Kallet Civic Center is a major sponsor of the event.

The Kallet Civic Center is a major sponsor of the event.

Doors open at 6:30 p.m. Event begins at 7 p.m. General admission seating. Adults $12, children 12 and under $8, ages 2 and under (lap seats free with every paying adult). VIP tickets $25 – meet the wrestlers at a special VIP preview time and front section seating (limited tickets). Tickets available at www.outandaboutoneida.com or at the door.