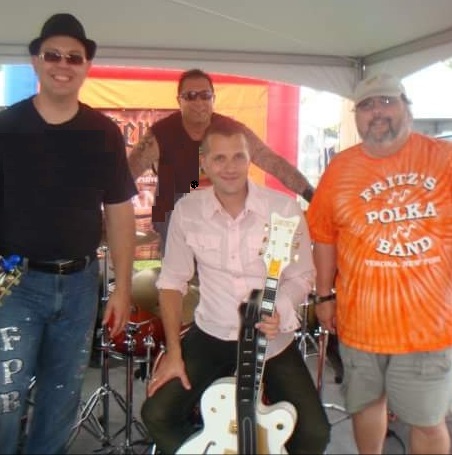 Fritz’s Polka Band from Verona, along with special guest Rocko Dorsey, will be returning to Cleveland, Ohio, for Thanksgiving Polka Weekend, Nov. 24 and 25, 2017. This event will be held at the Cleveland Marriott at Key Center (127 Public Square) in Cleveland. FPB is scheduled to perform Nov. 24 at 3:30 p.m. and Nov. 25 at 5:30 p.m.

“The guys in my band are eager to return for this event and perform twice,” said Fritz Scherz, bandleader of Fritz’s Polka Band. “Over the years, we have played to big audiences there and can’t wait to return. Plus, with FPB, as well as each band member being nominated for some national awards that will be given out during the course of this weekend, we’re really excited.

“Meanwhile, we’re delighted to have a bunch of our friends going on a bus trip to these gigs. We’ve got some surprises planned, too, for the friends going with us. Joining us for these gigs will be our good friend of many years, Rocko Dorsey.”

Fritz’s Polka Band has been performing for more than 39 years and made history in 1999 by becoming the first polka band to play at a Woodstock Festival. FPB has made 18 recordings and appears on “The Manchurian Candidate” DVD released in 2004.

One thought on “Fritz’s Polka Band returns to Cleveland, Ohio”