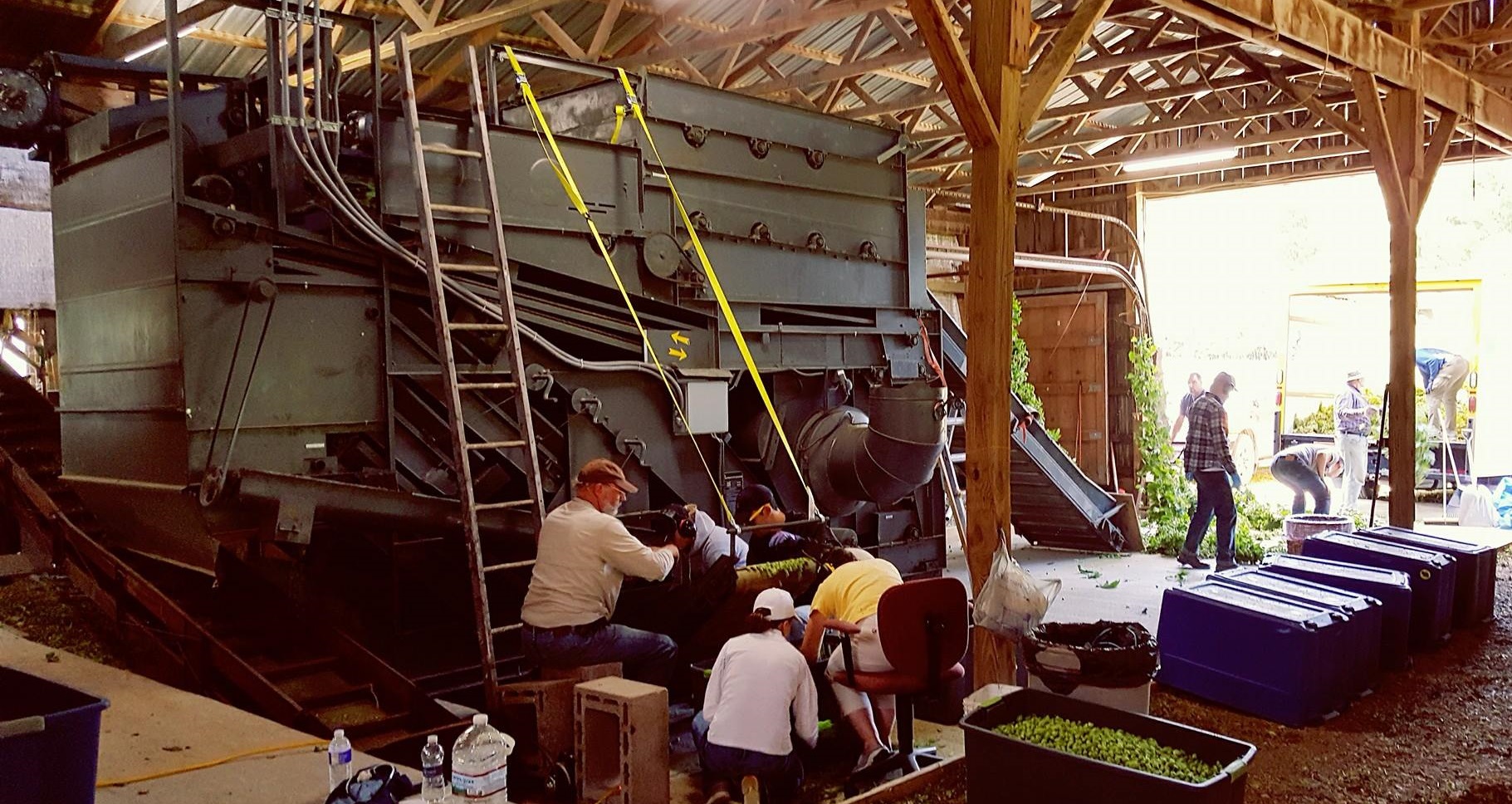 The harvest season is underway at The Bineyard, a locally owned and operated hop farm and processing facility in Cazenovia. Local breweries including Empire Brewing and Stout Beard are watching closely, for now is the time to brew with “wet hops,” hops that are freshly picked and un-dried.

2018 has been a year of growth and expansion for the Bineyard. “This year we hired a horticultural specialist, Christopher Reynolds from Cornell and our intern Rick Davies is from Morrisville’s Hornicluture program”, said Chad Meigs. “The efforts early in the year to care for the bines are really showing. The hot summer didn’t affect the hops, in fact, with regular irrigation, they only seemed to benefit from it.”

August into September is a particularly busy time, as it’s harvest time, when the hops need to be picked at their peak maturity. The Bineyard is processing not only their own hops but hops grown by others in the region. This is made possible by the German made Wolf Harvester purchased by the Bineyard in 2015 which makes large scale processing possible.

After the hops are picked, they are dried in an oast, then pelletized for ease-of-use for brewers. The bags are purged with nitrogen and vacuumed sealed to preserve the rich aromas and volatile oils.

“We process the hops immediately after picking, and they’re dried and packaged within 24 to 48 hours,” Meigs said.

Earlier this year the Bineyard was certified by the state of New York. The New York State Grown & Certified seal indicates that the facility has been inspected for safe food handling and environmental stewardship, and their products meet the highest quality standards.

Before Prohibition, New York was the nation’s leading hop growing state, and the region between Syracuse and Cooperstown was home to most of the crop across the country. After Prohibition, and a Northeast crop blight, most commercial hop growing in the United States moved to the Pacific Northwest. The Bineyard wants to help bring this once prosperous industry back to where it belongs.

The Bineyard is owned and operated by Chad Meigs and is located in Cazenovia. For more information, visit TheBineyard.com.