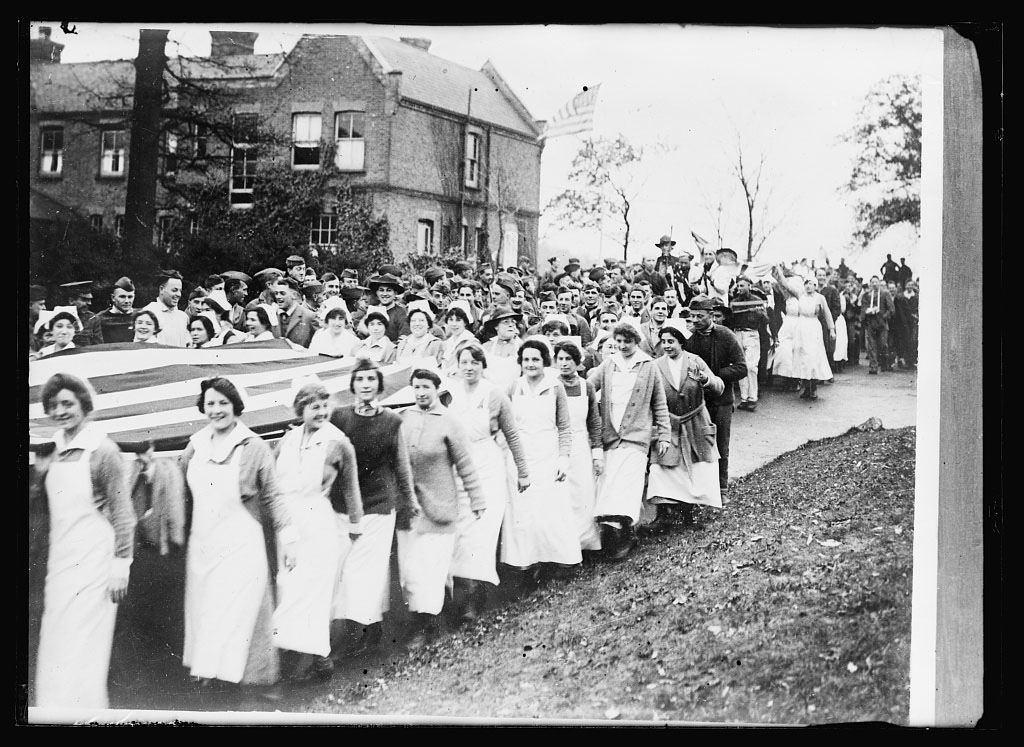 The last American Soldier to die in World War I-and the last Soldier of any of the warring powers to die during the war-was a member of the 313th Infantry Regiment, made up of draftee Soldiers from Baltimore, Maryland.

No one really knows what possessed Sgt. Henry Gunther to charge a German outpost near Chaumont-devant-Damvillers at 10:59 a.m. on the morning of Nov. 11, 1918.

The Armistice ending the fighting was to take effect at 11 a.m.-the 11th hour of the 11th day of the 11th month.

But Gunther ignored the orders to stop. He fired at the Germans and kept coming at them with his bayonet fixed. The Germans fired back and killed him.

But although it was the last day of World War I, Gunther was joined in death by other Soldiers-about 320 Americans — including 56 New Yorkers, according to the roster of World War I casualties maintained by the New York State Military Museum.

Although the Armistice had been signed at 5:10 the morning of Nov. 11, French General Ferdinand Foch, the allied commander in chief, wanted to give his generals six hours to get the word out to stop fighting.

American commander John J. Pershing had wanted to push the Germans back into Germany and force a surrender on Germany territory. He told his generals to keep the pressure on until 11 a.m.

So Corporal Francis P. Bergen, a member of Company H, 9th Infantry Regiment, part of the 2nd Division, who lived at 18981 Daly Ave. in New York City was killed in action in the battle of Meuse Argonne. So was 2nd Lt. Alfred Fawkner from Brooklyn, killed while leading a platoon of Company I, 321st Infantry of the 81st Division.

Also killed in action on the last day of the war was 2nd Lt. Ernest Holden, a New York City resident and platoon leader in Company A of the 369th Infantry, the Harlem Hell Fighters. The African-American New York National Guard infantry regiment was still attached to the French Army and stationed in a relatively quiet sector of the Vosges Mountains but where bullets still flew.

Corporal Bryan Chamberlain, a member of the New York National Guard’s Company E, 105th Infantry from Schenectady, had been wounded as the 27th Division attacked German positions in the Somme area. He died of his wounds on Nov. 11, 1918.

Another death recorded on Nov. 11, 1918 was that of Pvt. George Leonardi who lived at 326 East 61st Street in New York. Leonardi was assigned to the Army’s 114th Spruce Squadron and was stationed in Joyce, Washington.

During World War I spruce lumber, a light and strong wood, was a strategic material. Spruce was used to make airplanes. So the Army set up logging camps manned by 10,000 Soldiers to harvest the vital wood.

Leonardi died of pneumonia; a result of the influenza pandemic which swept the globe in 1918.

Keator was assigned to the Student Army Training Corps. This predecessor to ROTC allowed men who had been inducted into the Army to continue their college education while preparing to enter the military.

Keator, from Tillison, N. Y., was one of 550 students at RPI enrolled in the program.

News of the Armistice came to New Yorkers back home at when they woke on the morning of Monday, Nov. 11. The State Department had announced the deal at 2:45 a.m.

In New York City, according to the New York Times, workers on night shifts saw the posters that went up outside newspaper offices – the 1918 version of a “we interrupt this program”-announcing the end of the war and began celebrating.

“Before the celebration had lasted more than a few minutes a tall, fresh-faced English girl with the Devonshire bloom still on her cheeks, climbed to the platform of “Liberty Hall” at the meeting point of Broadway and Seventh Avenue,” the New York Times reported. “Then in a clear silvery voice the girl sang the Doxlogy.”

In Syracuse, the Syracuse Herald reported that “Rome never howled as Syracuse did” following a celebration that included a two mile parade.

“Every band in the city played. It seemed as every person in the city marched,” the Herald reported.

The paper also noted that at the 208 Clairmonte Avenue home of Malcom Dorian, the family put up the same patriotic bunting to signal the end of the World War that had been used to herald General Robert E. Lee’s surrender at Appomattox in the Civil War in 1865.

In the Adirondack hamlet of Saranac Lake there was also a parade to celebrate the end of the war on Nov. 11. People were celebrating so hard, the Adirondack Daily Enterprise noted, that Mrs. Larry Evans was thrown from the car she was riding in during the parade.

For most New York Soldiers in France, though, the last day of World War I was not that remarkable, according to contemporary accounts.

After taking so many casualties that the number of infantry Soldiers in its ranks had gone from 12,000+ to 2,377 the 27th Division was resting and reequipping in a number of small villages centered on the village of Corbie.

On Nov. 10, Major General John O’Ryan held a review of troops designed to restore the morale of the Soldiers. After attacking through the Hindenburg line at the beginning of October the division had launched another attack-without getting reinforcements-over the Seele River. The men felt beat. He thought a review would play a part in “stimulating a return to the former high morale of the men,” O’Ryan wrote after the war.

The “occasion had been most impressive,” O’Ryan recalled and on Nov. 11 the men were going about the business of getting ready to fight again.

He only realized the armistice had been signed, the general wrote, when two Australian Soldiers on horseback rode past his headquarters.

“Each carried a French flag and called out to the “Yanks” whom they passed, ‘Why the hell don’t you celebrate? Don’t you know the armistice is signed,’ he wrote in his 1921 book “The Story of the 27th Division.”

But the news “caused not a ripple of excitement in Corbie,” he wrote. “There were no cheers and there was no excitement of any sort. Everything went on as usual.”

While there are official Army photographs of 27th Division Soldiers celebrating the armistice, those were staged days afterword by the photographers.

Most Soldiers were glad the war was over, O’Ryan reported, but there were some who felt they should have kept attacking until they marched into Germany itself.

New York National Guard Soldiers of the 42nd Division’s 165th Infantry-formally the 69th New York-were in the town of Sivry-Les-Buzancy on Nov. 11. They heard reports of an armistice but they did not trust them, the regimental chaplain Father Francis Duffy wrote in his diary.

Not until Nov. 13 when they marched into a village they had tried unsuccessfully to take from the Germans five weeks before did the Guardsmen get the official word of the end of the war. Then they set off rockets used for signaling in combat as a way to celebrate and lit bonfires, Duffy wrote.

As for Father Duffy, he wrote that while he knew people were celebrating everywhere he could not. “I could think of nothing but the fine lads who had come out with us to this war and who are not alive to enjoy the triumph,” he wrote in his diary.

Albert Ettinger, another member of the 165th Infantry Regiment, was in the Army hospital at Allerey recovering from a gas attack on Nov. 11, 1918. He wrote later that he “heard a lot of shouting and signing outside” and looked out the window to see a rag-tag parade being led by another member of his platoon who was carrying an American flag.

“It turned out the armistice had been signed and everybody wanted to celebrate,” Ettinger recalled.

1st Lt. David “Looie” Lewis, a pilot with the 25th Aero Squadron from Afton, New York, who had served in the New York National Guard on the Mexican border, went to the French city of Nancy to celebrate with his buddy, 1st Lt. Joseph E. Boudwin.

Both men had been flying cover over the 42nd Division for the past two days.

“Looie and I sat down in a sidewalk café and ordered a couple of wines,” Boudwin wrote in his diary, pater published in 1975 as “Child Yank over the Rainbow.”

“Girls were dancing in the street arm in arm catching any male they could and plastering him with kisses,”Boudwing wrote. “Looie started singing the Marseille, the French National Anthem in French, and everyone in the nearby bars came out and joined in.”

“When they finished they looked at Looie and started to sing the Star Spangled Banner in French,” Boudwin recorded.

During the World War I centennial observance the Division of Military and Naval Affairs will be issue press releases noting key dates which impacted New Yorkers based on information provided by the New York State Military Museum in Saratoga Springs, N.Y. More than 400,000 New Yorkers served in the military during World War I, more than any other state.