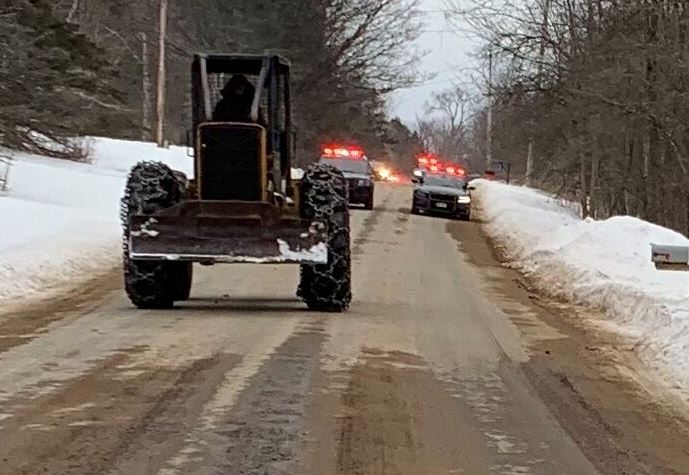 While en route to the residence, troopers were advised that the suspect, identified as Charles D. Anken, III, was pursuing his father, who is in his pickup truck, with a log skidder.

Troopers observed both vehicles northbound on Pennystreet Road and were forced off the roadway by the log skidder.

A slow-speed pursuit ensued northbound on Pennystreet Road to State Route 46, then on to Gifford Hill and Camroden Road.

Anken then traveled off the road through open fields adjacent to his residence and abandoned the skidder in the woods.

A member of the state police Special Operations Response Team with K9 Diff located Anken and took him into custody without any further incident.

He was transported to the Oneida County Jail pending centralized arraignment.

Troopers were assisted at the scene by the Oneida County Sheriff’s Office and the state Department of Environmental Conservation Police.