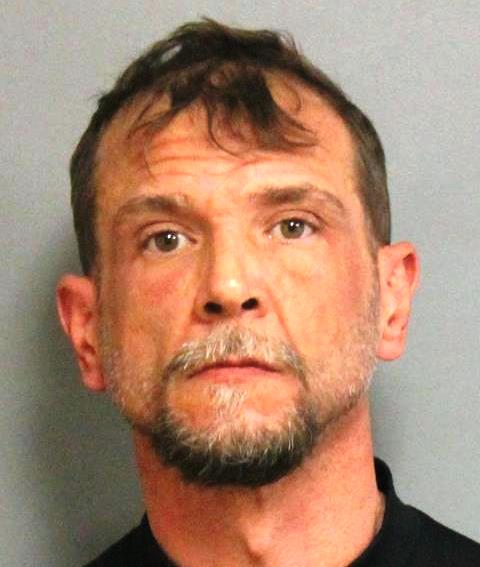 On Feb. 19, 2019, at approximately 1:15 p.m., state police in Sylvan Beach were dispatched to a State Route 49 residence in Vienna regarding a domestic dispute.

When troopers arrived, they observed a male running from the residence and were able to take him into custody while the investigation ensued.

The investigation had revealed that Shad Hinman, 45, of Vienna, and his girlfriend had been involved in an argument over his growing marijuana plants inside of their residence. The girlfriend stated that Hinman attempted to destroy the plants prior to the state police arrival by tearing them out of their pots and burning them.

Troopers on scene observed marijuana plants burning in the fireplace and some plants still intact within the residence; the fireplace had malfunctioned, causing the home to fill with smoke.

Troopers also observed a loaded hunting rifle hanging on the wall of the residence, which Hinman was not permitted to possess due to his prior serious offense convictions and an active order of protection prohibiting him from possessing firearms.

Troopers were also able to determine that Hinman had not notified authorities regarding his change of address, as required by the sex offender registry program.

The home was condemned by the Vienna Codes Department, due to numerous codes violations.

Hinman was brought to the Oneida County Jail for Centralized Arraignment.