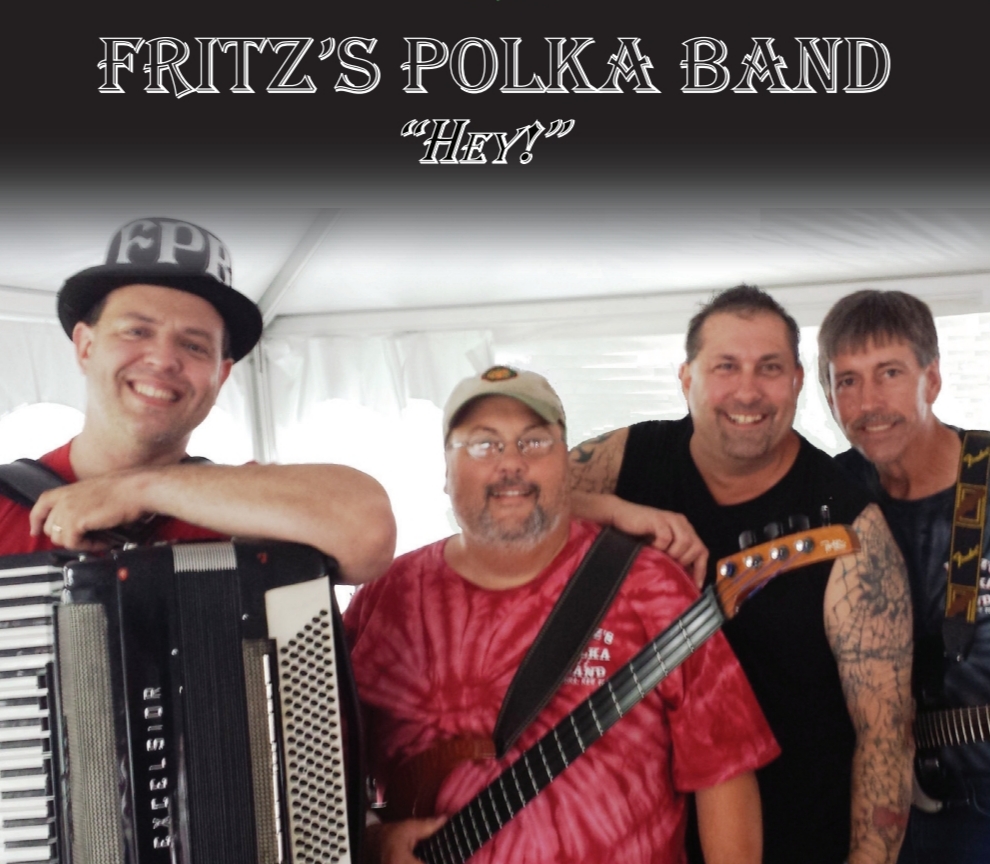 Fritz’s Polka Band from Verona has been nominated for a Syracuse-Area Music Award. FPB’s 2018 recording, “Hey!,” which features all original FPB songs, was nominated in the “Best Other Styles” category. “Hey!” also features the following special guests: Rocko Dorsey, Ron Keck and Todd Kerns (from Slash featuring Myles Kennedy & The Conspirators, TOQUE, Age of Electric and more!). The SAMMY Awards will be presented on Friday, March 8, at the Palace Theatre (2384 James St.) in Syracuse at 7 p.m.

“The guys in my band are delighted to be nominated again,” said Fritz Scherz, bandleader of FPB. “It had been over five years since we put out a recording, so we’re flattered to receive this nomination after taking a few years off from recording! Big thanks to the nominating committee, our families, fans, disc jockeys, music critics, the media for supporting us over the years, and of course the special guests who took part in our recording! Last, but certainly not least, we want to thank Ron Keck at SubCat Music Studios for taking on this recording project.”

October 14, 2018 marked the 40th anniversary of Fritz’s Polka Band! FPB made history in 1999 by becoming the first polka band to play at a Woodstock Festival. FPB appears on “The Manchurian Candidate” DVD, released in 2004. FPB was inducted into the Syracuse Area Music Hall of Fame in 2010. In 2011, FPB had two songs ‘Grandparent’s Polka’ and ‘Here Is Fritz’s Polka Band’) included in two episodes of the TV show, ‘Breaking Bad’. In 2013, FPB released their 18th recording, a double live CD entitled, “The WSKG Sessions”. In August 2018, FPB and each band member were again nominated for national awards by the Cleveland-Style Polka Hall of Fame.