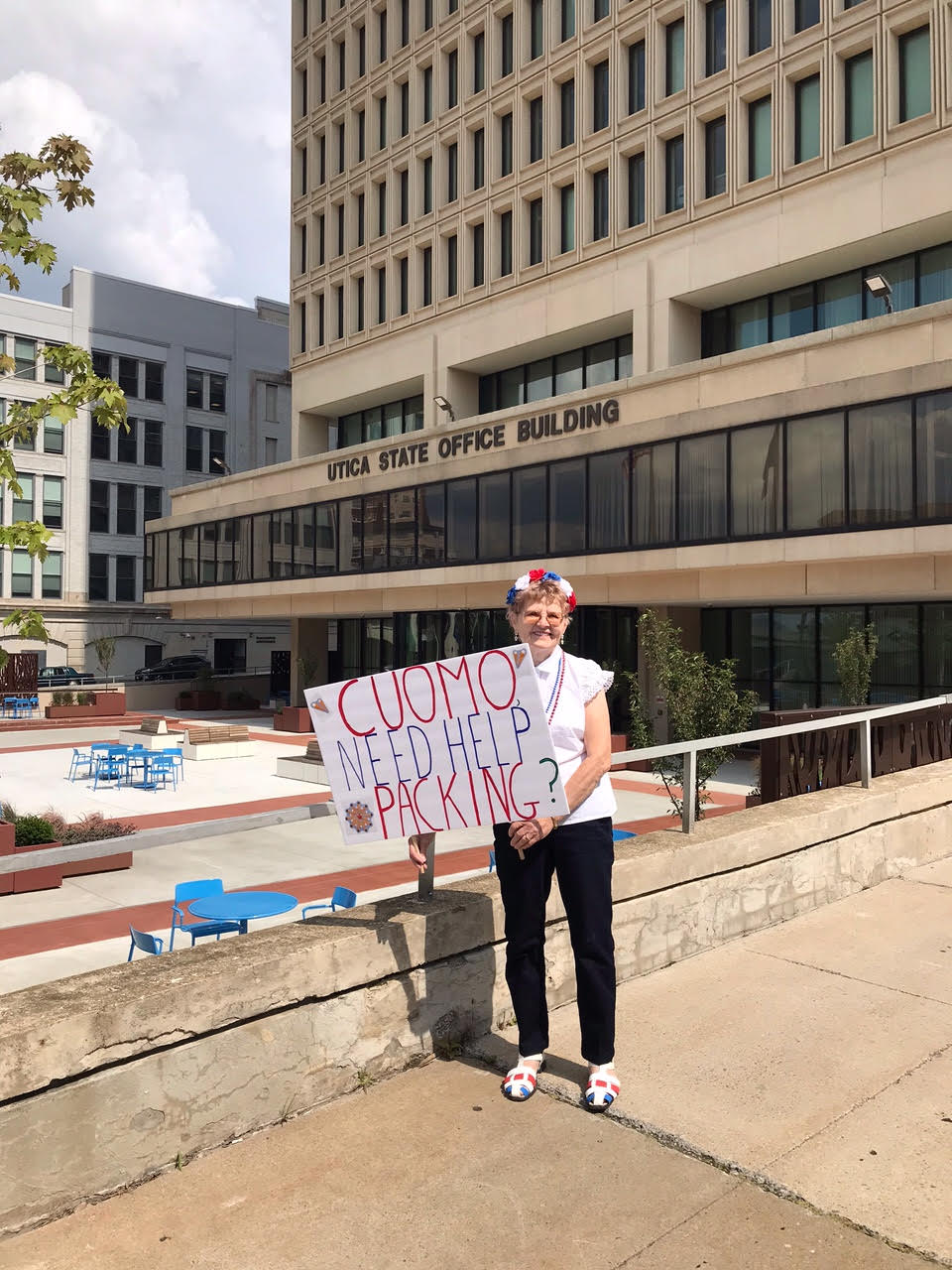 Governor Cuomo is obviously not leaving on his own, it’s now time for the people of NYS to take action.

Mohawk Valley Main Street Patriots and RightWay USA joined fellow Mohawk Valley residents to rally Aug. 5, 2021, in front of the state Office Building in Utica and sign the petition to demand our state representatives immediately begin the process of impeaching Governor Cuomo for his actions that have been harmful to fellow New Yorkers.

We The People of New York State are petitioning our state representatives to immediately begin the process to impeach and remove Governor Andrew Cuomo from office for multiple reasons.

Not being honest about Covid-19 Nursing Home deaths

Sexual Harassment of NYS employees and others

The passage of the “New Bail Reform Law.” The new law prohibits judges from imposing cash bail on defendants accused of misdemeanor offenses and felonies. Instead, these defendants must be released on their own recognizance and instructed to return to court.

We need to protect our state, citizens and our first responders.

Sexual harassment is against state Labor and Criminal laws. Not being honest about Covid-19 deaths is against the Health and Safety act of New York state.

Governor Cuomo has shown multiple times that he is not for the people. He needs to be removed from office immediately.

Cuomo is putting the good people of the state of New York lives at risk.

We must act now to impeach Cuomo.