Honestly: Does the Evidence Exist? 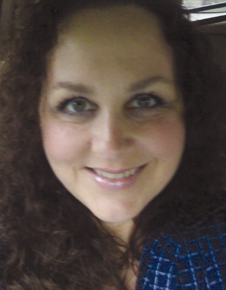 (Reposted from March 2011) Every time someone asks, “Did you see [Fill-in-the-Blank Topic Posted on The Forum That Shall Not Be Named]?” I want to puke coat hangers. No, I haven’t been on there, on ANY of them, and neither should you have been.

Usually it’s electeds, but recently it was a John Q. Public. He wants to go educate the misinformed. I told him it’s a waste of time. Even if he can figure out who they are, grabs the group and tries to address their misinformation, concerns or complaints, I guarantee it won’t make a bit of difference.

They know what they know, they use so-called “news sources” that mirror their concrete mindset and, in the case of TFTSNBN, they hide behind their Cloaks of Invisibility to do all that dissing I just referred to above – and probably even more I didn’t think of.

Maybe I’m cranky because everything we do in this line of work has our names and faces attached; both should be on this piece somewhere, for instance.

I had an elected kind of yell at me – to me? – last month that I don’t know what it’s like to be personally attacked by members of the public. After I nearly died laughing, I told him to wake up – that we’re in the same game, just on opposite sides of the playing field.

Reporting is the first position I have ever held where people so freely express how much better you should – and they could – do your job.

But he is not alone. A bunch of public figures – not necessarily elected folks – have told me they want to: Fight back! Speak out! Defend themselves!

Against what? The Invisible Man? (Please forgive the pronoun.) Seriously? And what is The Invisible Man hiding from? Who are they afraid of? I sure as hell don’t get it, but I will share a strange example.

I was in the Post Office last week. A couple of guys were talking about the Madison County Sheriff’s Office chaplain.

Only they couldn’t remember his name. It was driving one of them crazy. They were driving me crazy because I couldn’t concentrate on my Post Office Calculus and ZIP code sorting. So I opened my cell phone, dialed a number, introduced myself and asked who the chaplain was. These guys stared in fascination.

I hung up and gave them the name.

“Who did you call?” one of them asked.

I desperately wanted to add ‘Ghostbusters?’ to the end of that question, but I really, really wanted to know. They were incredulous, but now I was fascinated.

“Well, whom WOULD you have called?” I pressed.

No answer, but clearly not the source, it would appear.

Maybe The Invisible Man is embarrassed to look like he doesn’t know everything? If you want embarrassment, some years ago a colleague and I were having lunch and discussing all the methamphetamine arrests in our blotters that week.

It occurred to us we didn’t know how the drug is abused … so I called Canastota Police Chief Jim Zophy.

I started out by saying, “I’m really embarrassed to admit this, but…” and he responded we shouldn’t be embarrassed and wouldn’t have any reason to know and explained everything about the drug.

That’s how you learn. And Chief? Thanks for not laughing at us (to our faces, anyway).

If someone approaches you in person, it’s a little different. At least they’re not operating under the cover of night.

But evaluate how that talk is going while you’re in it.

There’s an old saying that when you find yourself in a hole, stop digging. Well, the same thing applies here. If you find the initially innocent-sounding question is really an accusation and your detractor increasingly appears to reject anything you say or do, you are wasting your time trying to win them over.

Ask them two questions: “Does the evidence exist (to prove your side of the issue)?” Then, “What evidence would it take?”

If you’re lucky, they will say they don’t know, and talking about it may be productive. If they get angry and turn and walk away, no evidence will ever be enough, and you’ve saved your precious energy.

And stay the hell off the forums; you’re only upsetting yourself over the stupidity of an ignorant, vocal minority who hate themselves, and there’s absolutely nothing you can do to change that.

Martha Conway is the publisher of MadisonCountyCourier.com.