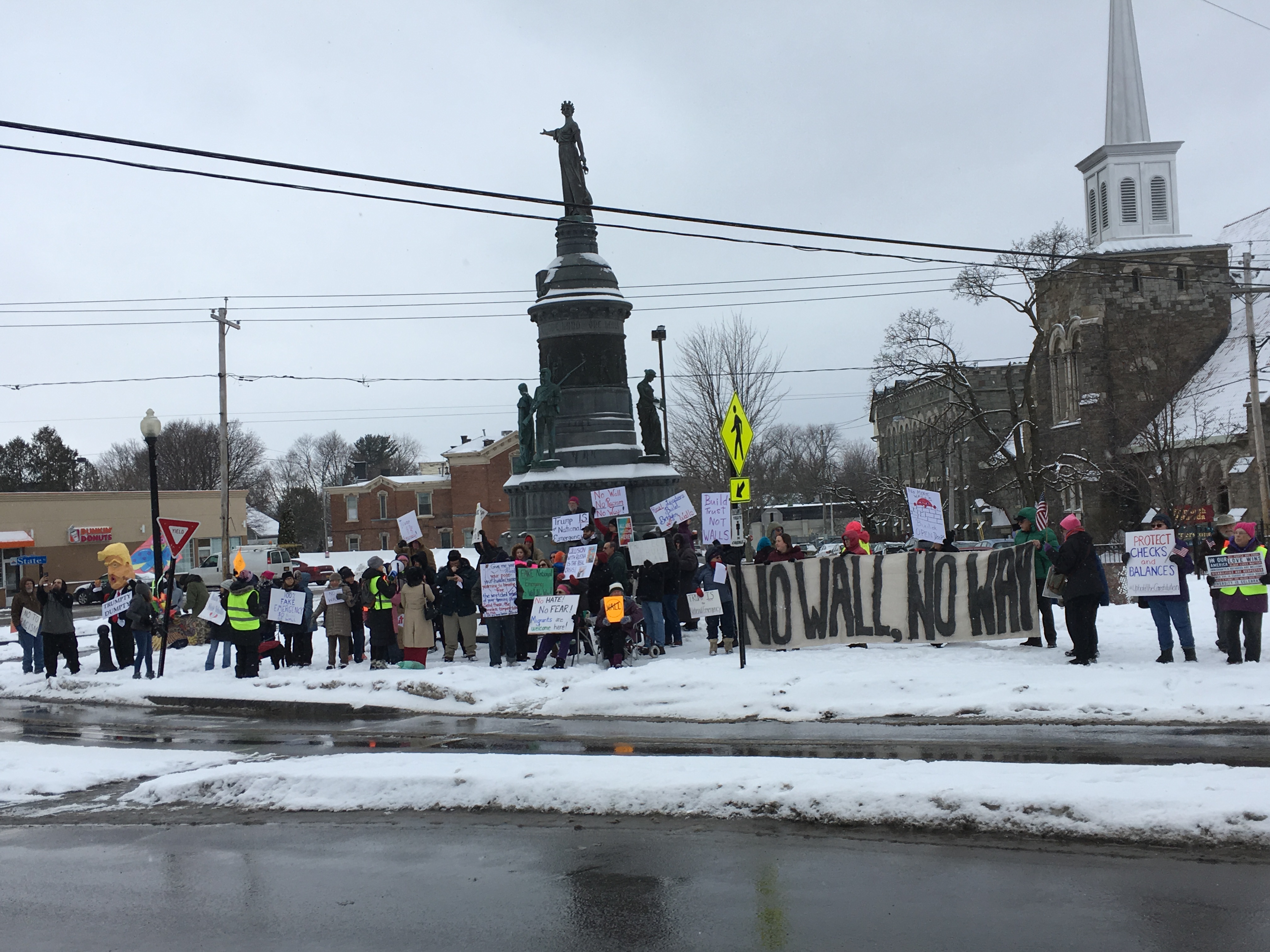 On Feb. 18, 2019, Indivisible Mohawk Valley and Central NY Citizen Action held a demonstration at the Oneida Square Roundabout on Genesee Street in Utica.

The Utica protest was just one of many held across the nation on Monday to protest the President’s declaration of a national emergency, ostensibly to gain funding for a wall along the southern border of the United States – funding denied him by Congress.

The demonstration fell on Presidents’ Day, which organizers chose as an ideal day for Americans to reflect on presidential leadership, past and present, and our democratic traditions.

Despite the cold weather, the mood of the 75-plus demonstrators was energetic. Peaceful demonstrators held signs, chanted slogans and listened to speakers, while drivers in cars circling the roundabout honked their horns in support.

“On the day we honor two great presidents, we condemn one who dishonors the office,” said Indivisible member Shirley Knop, one of the many people who attended the peaceful demonstration.

Protestors demonstrated their concern that a declaration of a national emergency to solve a non-existent problem (undocumented border crossings have been declining for years) is another disturbing power grab by a president whose dishonesty, erratic behavior, racist fear-mongering and authoritarian impulses are well-documented. The wall proposed by President Trump is opposed by a majority of Americans, according to public opinion polls.

This demonstration was co-sponsored by Indivisible Mohawk Valley (indivisiblemv.com), a grassroots group of concerned citizens who embrace progressive values and push for progressive policies at all levels of government, and by Central NY Citizen Action (facebook.com/Central-New-York-Citizen-Action-265689434204/), a Utica community-based nonprofit and multicultural organization committed to living wage jobs, affordable health care, social services, educational opportunities and improvement in living conditions for low- and moderate-income people.