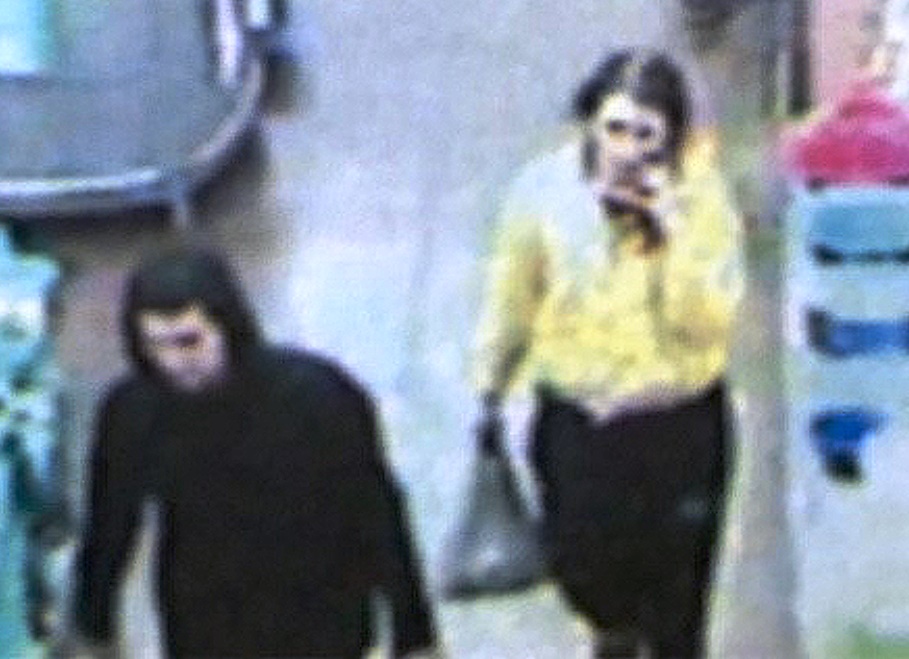 Benson was released on an appearance ticket, directing her to appear in Cicero Town Court at 5 p.m. Tuesday, April 10, 2018.

Bennett was found to have several outstanding warrants and was arraigned at the Onondaga County Centralized Arraignment Court and remanded to the Justice Center.

State Police in Lysander is seeking public assistance with identifying two individuals wanted in a larceny of a purse.

On April 1, 2018, at 9:13 a.m., an unknown male exited the Wegmans Store on State Route 31 in Clay with the victim’s purse. The male suspect was last seen entering the passenger’s side of a dark (possibly green or gray) Chevy compact sedan.

At 9:46 a.m., the male suspect, accompanied by a white female wearing a yellow jacket, made a purchase at the

Wal-Mart store on Brewerton Road with the victim’s credit card.

If anyone has information on the identity of either/both individuals in the surveillance photos above, they are asked to contact Investigator Thomas Quilter at (315) 638-8651 or State Police Headquarters at (315) 366-6000. All information will remain confidential.