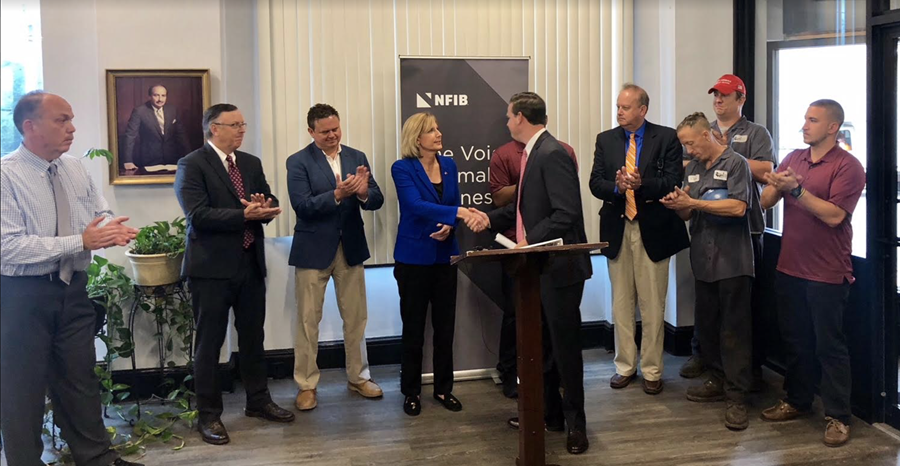 “Congresswoman Tenney has been a true champion for New York small businesses during her time in the U.S. House,” said NFIB’s New York State Director Greg Biryla. “As a longtime NFIB member and owner of her family’s commercial printing and manufacturing business, she truly understands the challenges small businesses face because she lives them day in and day out.

“She has been a dedicated supporter of efforts to eliminate onerous and costly regulations and played an important role in making tax reform for small businesses a reality. We are confident that Congresswoman Tenney will continue to stand up for small businesses. On behalf of our members in New York’s 22nd Congressional District, we are proud to endorse Congresswoman Tenney for re-election to the United States House of Representatives.”

Executive Vice President and C.O.O of Pacemaker Steel and Piping Company, Richard Evans, said he backed Tenney because her work with President Trump has helped save the steel industry and advocated for tax cuts that are helping small businesses finally flourish.

Other local small business owners were in attendance including Greg Owens and Matthew Roberts, owners of Sherill Manufacturing and Robert Tenney, the CEO of Mid York Press, Tenney’s family-owned manufacturing company that has been in business in 1948 and a longtime member of NFIB.

“Ninety percent of Americans will see an increase in their paycheck due to the changes in withholding tables created because of tax reform and 77 percent of manufacturers plan to increase hiring thanks to tax reform.

“As a nearly 30 year NFIB member, I am honored to again receive the endorsement of NFIB. I look forward to continuing to carry the torch for our small businesses in Congress.”